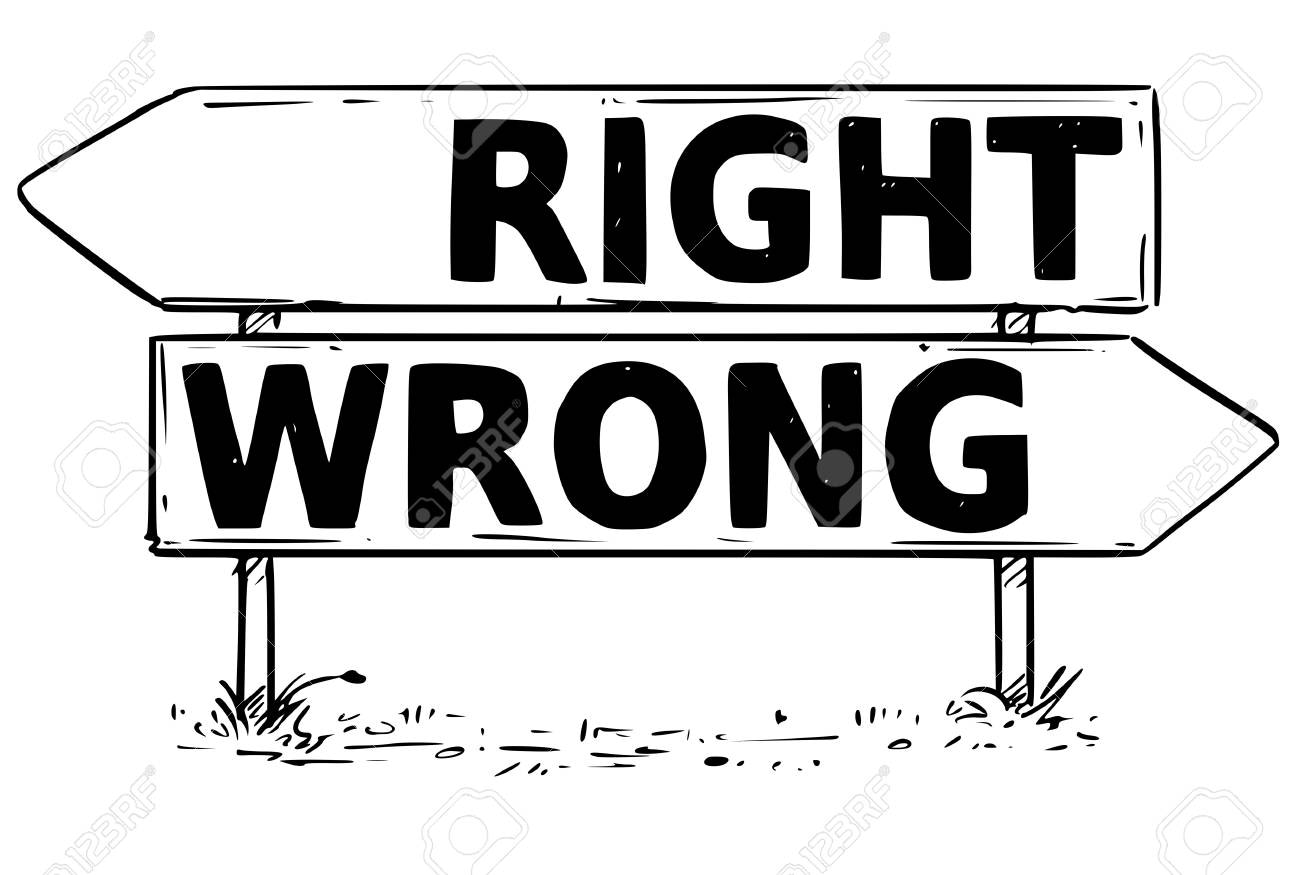 On what is right or wrong

With the lack of point delivered by Richard Wetherill in the first four chapter of his book I had to take my time to write on this topic right or wrong again and the similarity of right to truth but first of all let’s look at it from this way what is the meaning of right and what is the meaning of wrong to an individual I don’t want to treat this topic from a collective view point I want to tackle it from an individual view point we are all individuals with inherited belief raised on different discipline environment religion and political view what can be right to Mr. A might be wrong to Mr. B but in the case of living thinking and doing right could there be a universal right that governs every tribe country religious and political belief? this is a question still left void of answer and which I believe can’t be possible because people being raised with different background will surely hold on to their preconceived belief and doctrine and in the means of Mr. A doing and thinking right he could offend Mr. B without even knowing